The Dehcho First Nations had assumed responsibility for Aboriginal Languages Revitalization with the GNWTs new initiative of 3 year funding in April 2015. The approach with the GNWT Education, Culture and Employment had moved additional funding to the Regional Office. The funding was provided for the development and implementation of language revitalization, maintenance and enhancement activities by the First Nations Communities.

The funding is required to allow Education, Culture and Employment (ECE) to achieve its goals and priorities established in Building Our Success: Strategic Plan 2005-2015, A Skilled Productive Work Environment through support for and promotion of our official languages.

The funding is provided to achieve goals and objectives established in Building Our Success: Strategic Plan 2005-2015, A Skilled Productive Work Environment.

The community allocations for the Language Program is determined by a formula (population percentage) per community of the 1996 census provided by GNWT.

The purpose of this funding is to assist in the preserving and revitalization of the Dene language in the Dehcho Region through various programs and activities.

The First Nation’s 10 Communities are responsible to carry out programs and activities as outlined in their submitted proposals. The communities are as follows;

The purpose of this funding is to assist the Communities in promoting, enhancing and revitalizing the Dene Zhatie in the Dehcho Region.

The community allocations are determined on a “first come, first serve” basis as there is a small funding set aside for this program.

Dehcho First Nations is seeking participants for the Master-Apprentice Program. 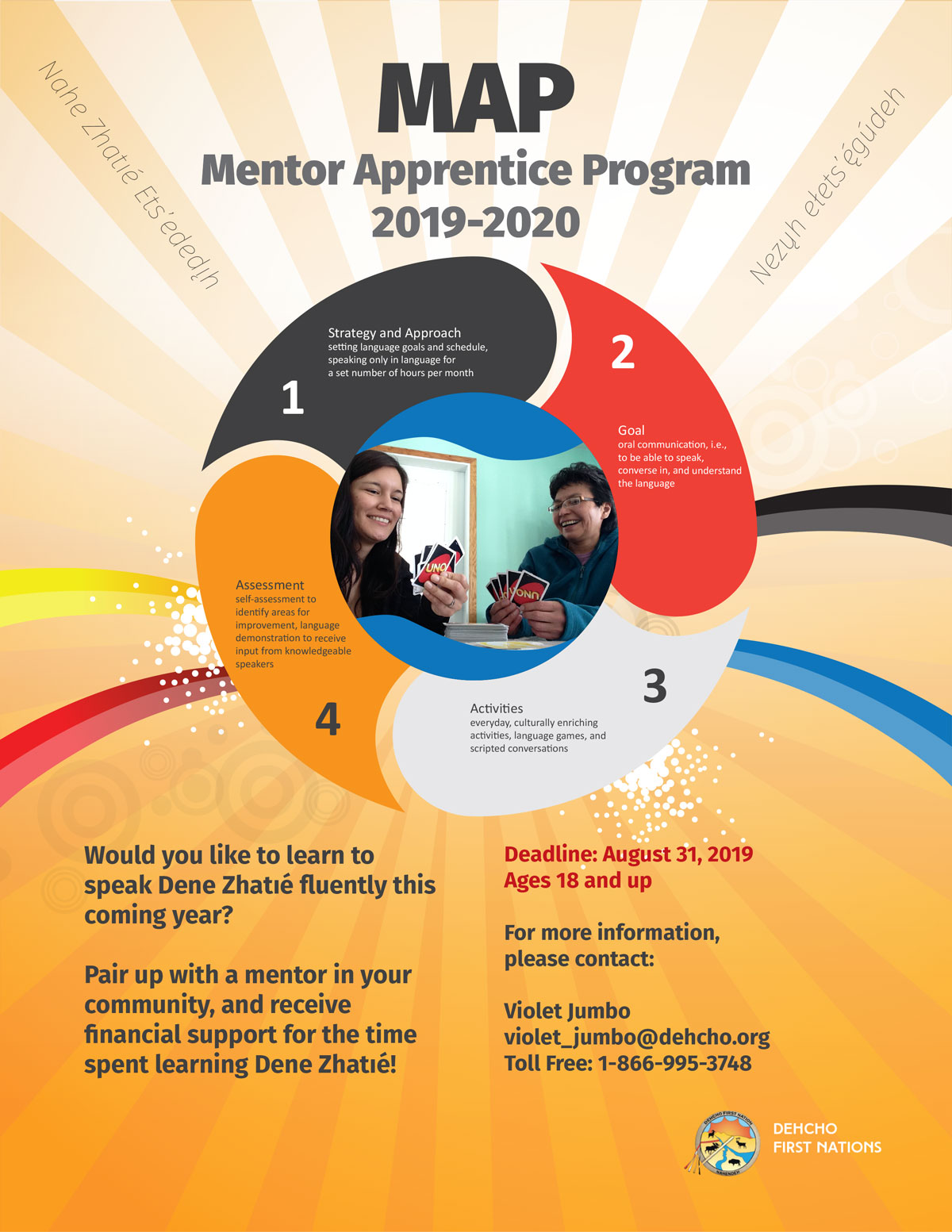